The heritage could indicate different aspects such as architecture, dining or culture. These heritages are developed through centuries accumulation and have certain value to the public, however, due to globalization and other urban social movements, these heritages are facing the threat of extinction or other challenges. This blog would take Singapore’s Central Fire Station and eco-environment as example about its history and resolution to the problems.

Heritage could be divided into several different aspects such as history, art, science or nature environment, however, these heritages are valuable to maintain and protect for the benefits of future generation (UNESCO 2016).

Take Australia as an example the culture heritage may include Hyde Park Barracks and the most represented environmental heritage would be the Great Barrier Reef in Queensland. 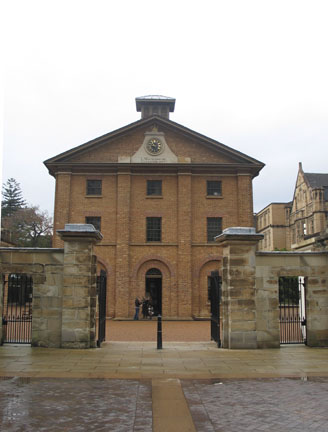 The Central Fire Station of Singapore is one of the heritages constructed during early 20th century. As the materials used on building were usually flammable, fires frequently outbreaks and caused significant social, economic lose, therefore, British administration established the first professional firefighting force and station in Singapore (National Heritage Board 2015).

The Central Fire Station was used to provide accommodation for firefighter and a place for daily training; however, the red and white painting of the station has changed to camouflage during the WW2 to prevent bomber pilots. After the war, Central Fire Station continue provide emergency rescue and firefighting service for the city, however, duo to the dramatic increasing amount of population and equipment updated, the station has become lack of capacity to continue serving the residents (103rd Meridian East 2012).

The architecture of Central Fire Station was design by William Ferguson, the well recognized red and white colors is known as the ‘blood and bandage’, which represent the purpose of rescue and save of the station (National Heritage Board 2015). As the building has around a hundred years history, it has certain culture and memorial value to Singaporeans; therefore, Singapore Civil Defense Force has transformed the station into Heritage Gallery since 1989 (Clarissa 2012).

After the transformation, Central Fire Station continues to serve for a smaller area that covers CBD and Chinatown. In addition, the educational contribution of the station has outweighed its original purpose that delivers the knowledge of firefighting and the importance to prevent fire hazard (National Heritage Board 2015).

In many nations, the environmental heritages are the most valuable treasure not even for the tourism attraction but also for the diversity and balance of ecological system, therefore, some maintainance and protection are necessary for the benefit of future generation (Australian Government 2016).

Singapore is located at the tropical region, therefore, rainforest and the diverse ecosystem is the gift to Singapore. However, the rapid development project and urbanization has significantly reduced the cover range of rainforest. According to Encyclopedia (2016), from 1980 to 2010 the size of rainforest in Singapore has reduced 90% due to the urban construction and economic development.

To prevent the harm to local environment, Singapore has invested significantly on clean energy, green technology, park and garden in the city. Compare to other countries green authority, the National Parks Board of Singapore has relative greater power that allow it to introduce the vision of ‘City in a Garden’, and achive certain success (Tay 2015).

Clarissa, O 2012, ‘Fire station’s blazing story: The Central Fire Station may have needed to move with the times and expand, but its iconic facade stays’, The Straits Times, 05 August, 12 January 2016, ProQuest Central database.

2 thoughts on “Challenge of World Heritage and Reborn – YANZHE”